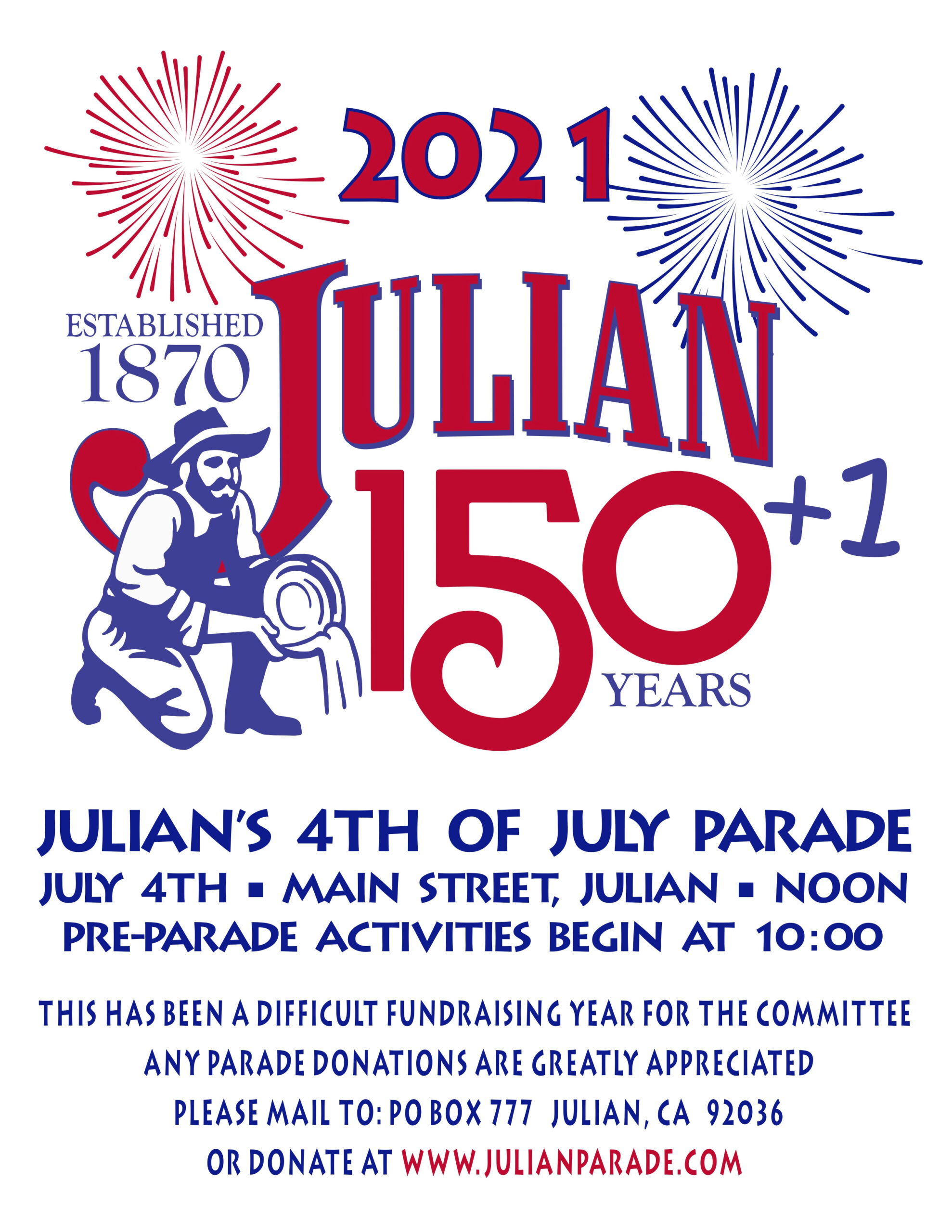 Since we were unable to celebrate last year during Julian's 150th anniversary, this year we're saluting the July Fourth holiday with the theme, “Julian 150 Years+1”. Julian honors our nation’s birthday with a salute to the men and women who made our country great, both domestically and militarily. For more than twenty years, Julian residents, […]