From: “Mines of Julian” by Helen Ellsberg

The first quartz strike of importance in the Julian district was the Washington. Several conflicting stories are told of its discovery. One tells that Billy Gorman, 14-year-old son of the Gorman family from Texas who lived near Julian, was sent to look for a runaway mule —picked up a rock to throw at the beast and found the rock shot full of gold. Another version of Billy’s find is that he found the gold-bearing rock where a tree had been uprooted. Still a third story is that he was out gathering firewood, noticed the gold-flecked rock, and picked it up. In any case, he took the rock home to his father who recognized it as gold-bearing quartz. But here the Gorman family’s connection with the mine ends.

The generally accepted story is that it was discovered by H. C. Bickers, “an experienced miner and mill man,” who had worked in the gold fields of California and Idaho, and was looking for placer Bold in San Diego County. While following the tracks of a bear up a ravine near his camp not far from the site of the present town of Julian, he found gold-bearing quartz which he eagerly showed to his companions, a San Diego preacher, J. Bruen Wells, and George Gower, a surveyor. Mr. Wells refused even to look at the rocks because it was Sunday. Monday being Washington’s Birthday, they christened their mine the George Washington and their camp Mount Vernon.

By the following day the word had spread and men began to come from every direction, looking for the extensions. Gower became excited and, as Bickers told it later:

. . . wrote a note commencing with my name, then Gower, then Wells, then my son, then his son, then Wells spoke of some brother in New York, Gower more sons, and Bickers more sons, until 21 names had been set down covering a space from New York to San Francisco and also covering the ledge for the space of 4,200 feet.

Since Bickers was the one who filed the claim, he is generally acted as its discoverer, but the Gorman contingent refuses to cone. Some insist that Billy was the discoverer, but that Bickers med that he had title to the land, and that he made a deal with Gorman and bluffed him out of any part in the recorded claim. The Gormans went on to Oregon and made no more Julian history. Proof the Gorman discovery? None. But it persists so stubbornly that it cautiously included in all Julian histories — just in case.

Within a few weeks the jubilant Bickers and Gower took nearly a ton of ore to San Diego by mule back. About 400 pounds were displayed in Dunham’s store on 5th Avenue until souvenir hunters be-ran helping themselves to it.

Gower took the remaining ore by steamer to San Francisco, there he sold it for more than $500. His resulting high spirits found expression in a rousing celebration in which his money melted away, and he returned to his companions broke. Their comments are not recorded.

Wells stayed behind to look after the mine, where he was besieged by prospectors all wanting a sample of ore. Rather than give away the valuable quartz, he filled up the pit and dug another nearby.

Whether or not Bickers was the actual discoverer of the mine, he put all his energy and money into working it. He said:

“I sold the last lot I had in San Diego to enable me to open the Washington. No other man has furnished a dollar, and I am now superintending the work and pounding out in a small mortar what will buy beefsteaks for me and a half-dozen others. One day last week I had an opportunity of using a two-quart mortar which was kindly loaned me by the Young Brothers and I pounded and panned out $28.00.”

In April, 1870, hard work really began. A newspaper report states that the Washington was sunk to a depth of 60 feet and tunneled 75 feet horizontally. A letter from Mary C. Morse, dated September 26, 1870, states, “Here (the Washington) are three tunnels running into the hill each about 150 feet in length, which we examined, following a guide with a lighted candle.”

Other paying mines opened nearby were the Eagle, High Peak, Hayden, Monitor, San Diego #1, Little Giant, and the Gem. By the end of August, ten men were working the Washington, and ore was yielding $117 per ton. As six or seven dollars a ton covered expenses, they were clearly in the black. Eventually Bickers his interest to Gower for $55,000.

Work finally stopped at the Washington because they struck water and did not have the finances to overcome it. The mine was reopened for a time in 1889, and again from 1899 to 1904. It was not active after that except for a short time in 1931.

While not one of the biggest producers, the Washington more than repaid its owners and is of special interest historically as the first important quartz strike.

For many years after the gold rush died, the mine site was abandoned and overgrown with vegetation. Recently, the Julian Historical Society has begun restoring the property as a historical landmark where the old mine tunnel can be seen and where much rare and interesting mining machinery is on display. 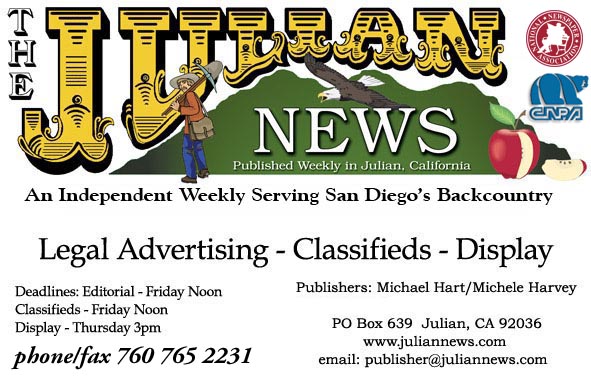 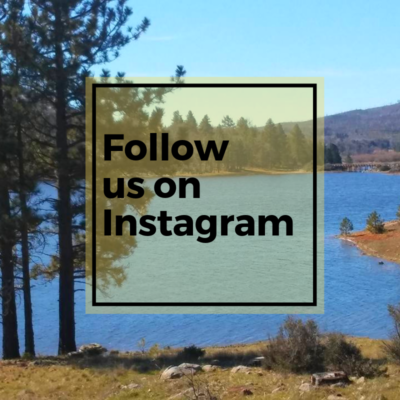