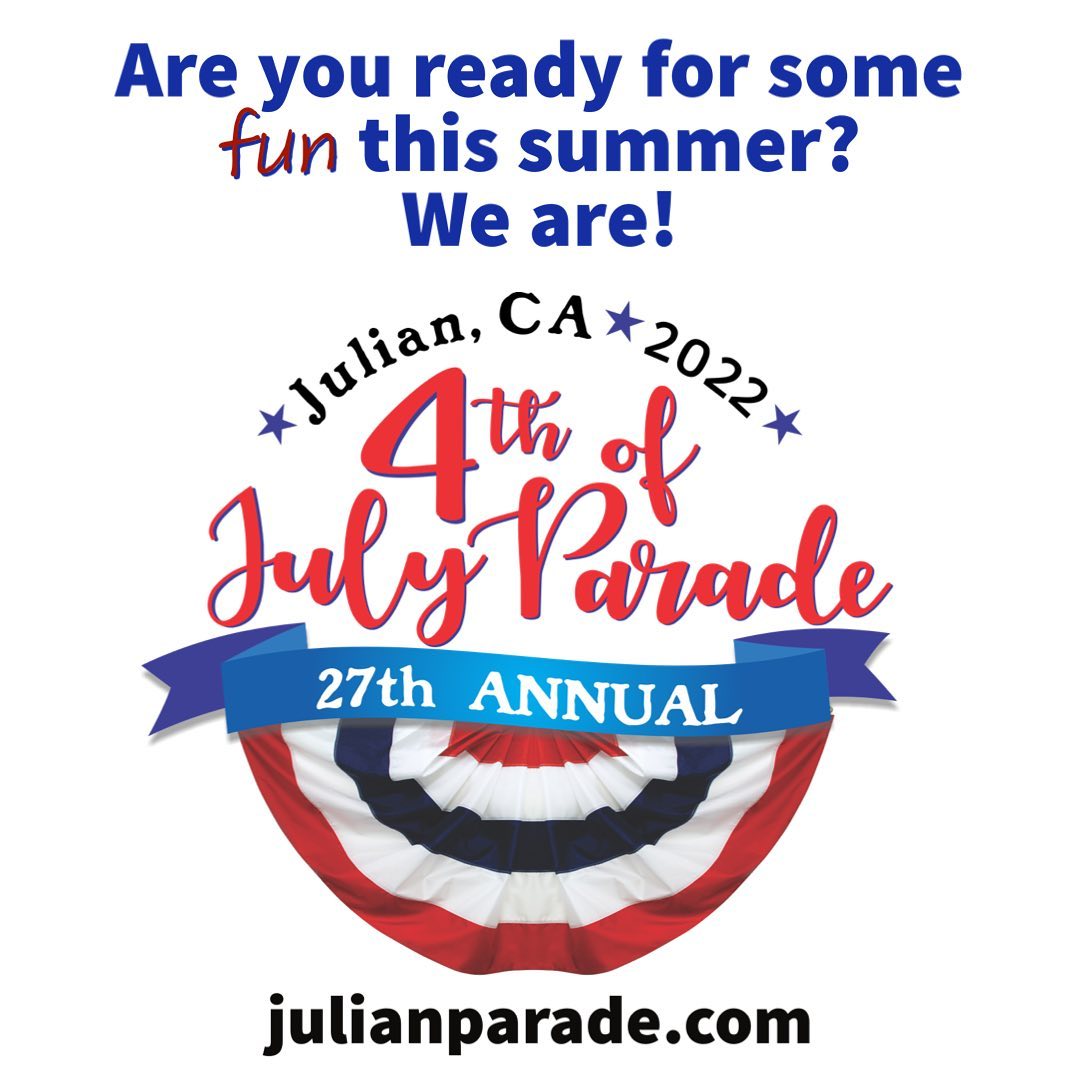 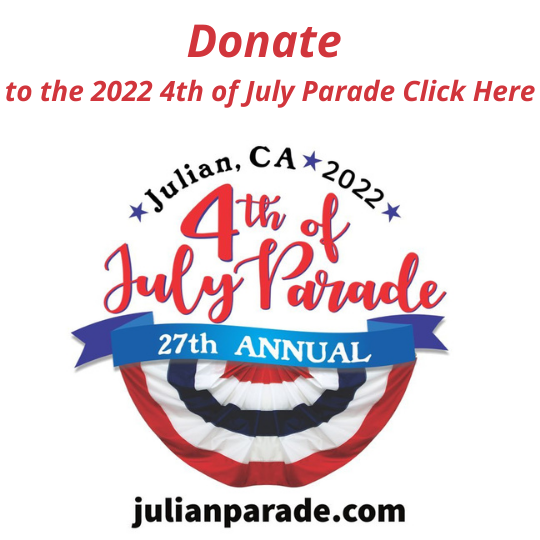 Celebrate Our Nation’s Birthday in Julian

Julian honors our nation’s birthday with a salute to the men and women who made our country great, both domestically and militarily.

For more than twenty years, Julian residents, their friends and parade lovers from all over have lined up at on the town’s main street to wave their flags, cheer the marching bands, salute the Marine Color Guard, and carry a giant American Flag down the thoroughfare. Bands include:

This recognized dignitary for 2019 is: The Historical Society. Past dignitaries include Jim Mazzone, the first person to organize the Julian Parade; County Supervisor, Diane Jacob; Julian’s Honorary Mayor, Joe Thompson; Merchant of the Year for 2019 is: Fred and Misty Dornan; Other dignitaries include: Veterans from the American Legion; Mr. and Mrs. Apple Days 2019: (to be determined); and Miss Julian and her court. Antique cars, vintage tractors, belly dancers, World War 2 Submariners, and several comedy entries will appear to complete a fun well rounded hometown parade.